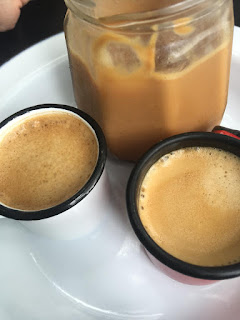 here in this city
they call the macro metropolis
this megalopolis of more than 30 million humans
that defies the imagination in its vastness.

you & me don’t amount to much, i guess,
with our two tin coffee cups on a street corner
except in the discounted inventory
that measures the beauty of little things

not thought about much, maybe,
taken for granted mostly, maybe,
not celebrated or paid attention to 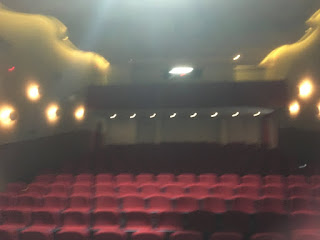 I love this theatre. This is the Teatro Marilia, in Sao Paulo, where I'm performing EVE tonight.

I loved it the minute I stood on its stage.

The space is beautiful, open, with a lovely wooden floor, and a very intimate relationship with the audience.

Perhaps it was my love for it that made this photo so fuzzy. I was sitting on the bench, which the technicians have so beautifully made for us, and feeling absolutely at home.

The stage was full of the usual concentrated bustle that is the same everywhere, whenever theatre people work together, as everyone worked on aligning the screen and rigging the lights.

It's amazing how at home I feel on a stage. And to think of how much effort it took to deny that in myself during all those years of exile.

How that longing poured itself into all my plays.

That simple longing to be home....

EVE has reached Belo Horizonte in the hour of dawn.... 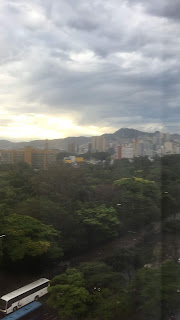 It's amazing that yesterday I left home in Scotland at 3 am and today I can wake up in Brazil...

I feel a bit guilty at the thought of all the environmental I'm complicit in, doing these massive flights. But the insight I have in my body is suc a profound and powerful one that we really do all live on the one planet.

That what we do in Edinburgh affects what happens in Belo Horizonte, and the other way round, however helpless we may feel.

That we truly are "all in this together. All of us here to love and to be loved", in the words o Queen Jesus, and EVE tells us that too in her way.

And if I hurt my neighbour I am hurting myself.

Said. And heard. Over and over again...

And new doors will open for everyone everywhere..... 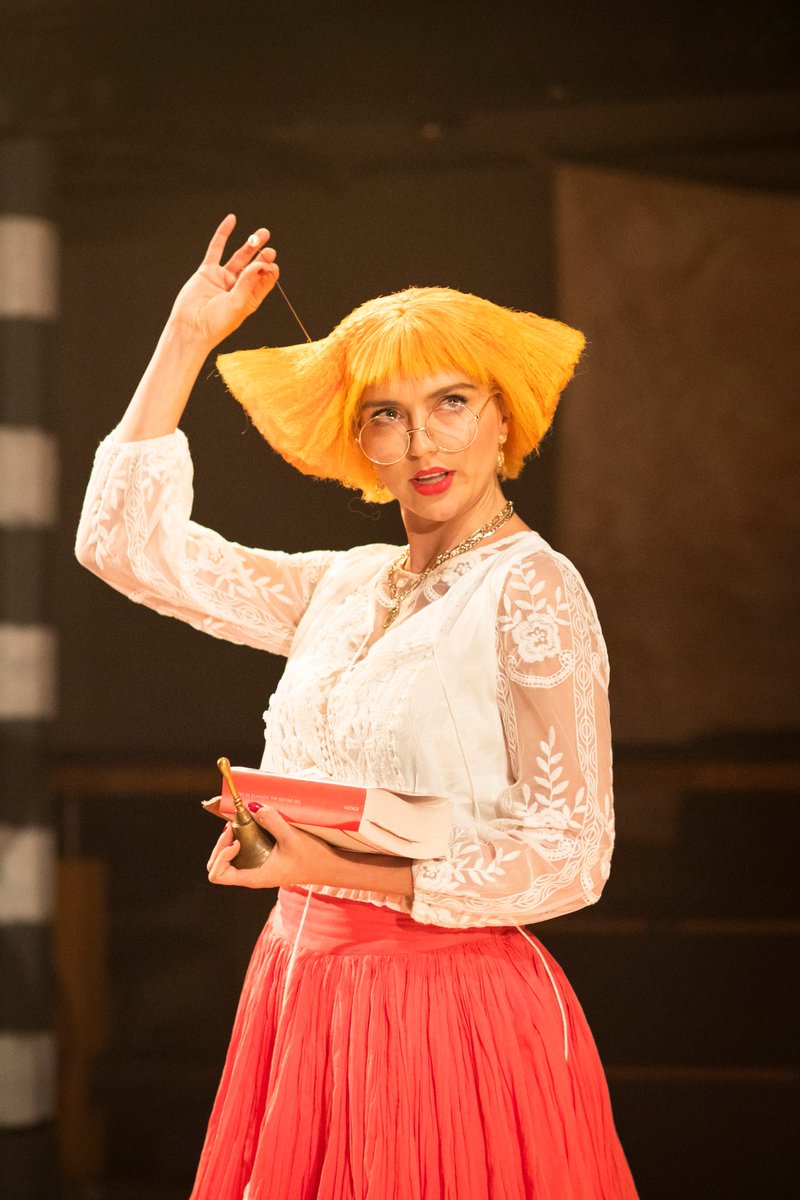 Last Tuesday I left EVE rehearsals at one o clock to catch a taxi to Glasgow airport and began my journey to the Orange Tree Theatre in Richmond, London, to see the openinght of my LOSING VENICE.

I don't think I've ever enjoyed one of my plays more.

I thought the writing was witty and profound, the subject matter absolutely bang on the nail; the acting was fab, the directing was sensitive and clever, the designs were gorgeous; the whole thing had such a lovely pleasurable theatricality to it that was an utter joy to be with.

In short, I loved it. Maybe you have to have a gap of 30 years between writing and watching to be able to enjoy a play.

All sorts of lovely lovely people were there, and the cast were proud and happy, and so were the creative team, and the whole theatre was just a gorgeous place to be.

I walked down the road in the drizzling rain to my B and B and had an Indian takeaway and early next morning caught an early flight back to Glasgow.

And when I got off the train in Edinburgh that evening I was so proud and so tired and so sore I can barely walk. 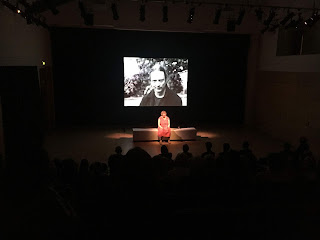 EVE got a new dress for Nairn.

I loved the old one: grey, full length, raw silk, with a gorgeous turquoise at the hem which echoed the colour of the floor.

But it didn't fit the new production.

Because the floor's gone, and the bench with lights in it, and the elaborate triptych of screens...

We've pared everything down so the show can be taken anywhere.

And Nairn was the first destination.

I wouldn't say it was a centre of well informed concern about LGBT issues, so I did occasionally wonder how the audience might response to our autobiographical tale of a trans woman.

We were told afterwards that Nairn audiences do have a tendency to wriggle. And that when they wriggle, their seats creak.

But last night there were no wriggles and no creaks.

And we were also told that Nairn audiences generally don't, under any circumstances, stand up to applaud at the end.

But this audience did.

We must have been doing something right. But so did they. They were truly lovely.

So this morning we all left happy.

And began to pack for Brazil...

THE ADVENTURES OF EVE. In Nairn... 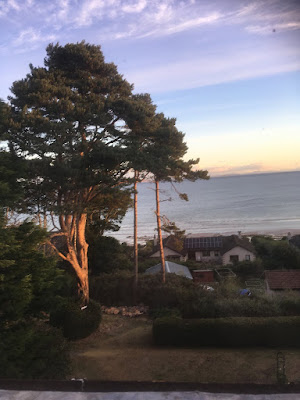 The second train was very crowded.

It only had two carriages, and it wasn't enough.

I thought I was lucky to get a seat at a table with only one other person.

He had a large leather bag which he'd put in the centre of the luggage rack in such a way that it took up the whole space.

And when I sat down in the outer corner of the table I discovered he had placed his large body in such a way that it took up the whole of the other three spaces and left me very little room on the fourth.

And the table was full of his things: his wallet, his phone, his copy of the Sun.

But he wasn't looking angry or defensive or aggressive or guilty. He was just there, and obviously in his eyes he had every right to be there.

His self assurance was so impregnable, somehow, that I couldn't find even a chink in it.

I said nothing, tried to take up as little space as possible, and tucked my legs under the table.

And I thought that resisting this is one of the things our EVE is all about.

That was a little consolation.

And then I got to Nairn; and it is, as you see, just beautiful.