A tribute to Sue Innes 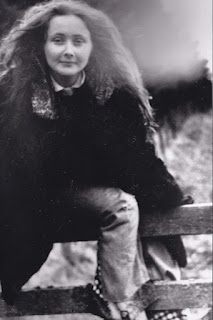 I used to so love writing to you when you were alive.

And now, even though you’re dead, I find I still want to write to you.

Last week we all went to the Glasgow Women’s Library to celebrate the unveiling of a shelf named in your honour. http://womenslibrary.org.uk 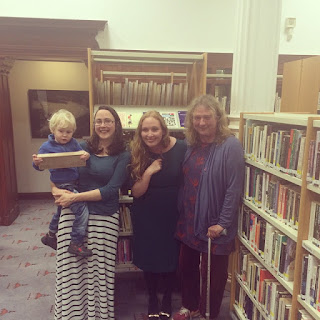 We were all there because we’re all so proud of you. Just as I know you would be proud of all of us.

And I made a speech. I’m always making speeches these days. I enjoy it so much more than I ever used to.

I said you loved books and you loved a good library and you would especially love this one.

It has just been refurbished in a really beautiful way and we all felt how much you would be at home there.

And how happy you’d be that this was part of the Engender AGM, because Engender is an organisation that you were so proud of and was so close to your heart.

I remember how happy you were when the Glasgow Women’s Library was set up and how it encouraged you in a hard time.

Because you achieved so much it’s easy to forget how hard it was for you to find your voice as an activist, as a columnist, as a feminist theorist and a women’s historian.

It didn’t help that you were so far ahead of your time, but the main point was that your mum and dad loved you but didn’t really know how to help you.

You always used to say that what would have made them happiest would be for you to have become a faithful member of the Plymouth Brethren, and marry a good Brethren fisherman, and settle down in Peterhead and have children and live miserably ever after.

But that wasn’t you. And you had to make the most colossal effort to escape the expectations of your upbringing. Just as I did. And we both know how much emotional effort such a struggle entails and the feeling that somehow we lost our best energy to achieve it.

I said that feminism was not something theoretical to you, but something you lived to its fullest.

Of how you taught me that “The personal is political”. That it was important to live according to our beliefs and bear public witness to our values and that would change the world in more ways than we could imagine.

And so feminism was your life and my life and we tried to live as though patriarchy was over.

How hard it was for both of us, how intensely painful, to live with my being transgender in the context of the feminism of the seventies and eighties. And nineties and two thousands too…

Transphobia was absolutely in the air we breathed and we all suffered.

I so wanted to spare you and our children that suffering but I could not.

What I did say, because I know it’s true, is that your love and your companionship and your fierce loyalty helped me get through. That without you I don’t think I’d be able to live and work as I do today.

In fact I don’t think I’d have got through at all.

I told them that we loved each other so very profoundly and were determined not to have a conventional relationship and above all not set up a nuclear family, because we firmly believed the nuclear family as an institution was patriarchal and damaging and oppressive.

But then the world was stronger than us., somehow, and we did find ourselves in a nuclear family. But never a conventional one.

And through all the difficulties we did manage to share childcare. I know you felt towards the end of your life that bringing up those remarkable young women was one of the best things you ever did. I still feel the same today.

And then I introduced Katie, and she was very nervous, but spoke beautifully.

She said: “I knew I was a feminist before I understood what the word meant.I just knew if it meant being as strong and amazing as my mum that’s something I wanted”.

I hope you heard those words, somehow.

And then she made a funny joke about the Kardashians, and then we did the ceremony.

I made up some words, and we all spoke them together:

“We name this shelf the Sue Innes Memorial Bookshelf and declare her to be well and truly and usefully and happily open. Goddess bless all who make use of her”.

And then on Saturday we helped Katie choose her wedding dress, me and Bex and a very old friend of ours who you were so very fond of and who has such a good eye for these things.

Of course you should have been there too, though given your feelings about marriage I’m not sure how you’d have felt about it all. But her husband Ian is a good man, and so is Bex’s Brendan, and we probably would have discussed it all very seriously and then ended up laughing and laughing.

As we tended to do about everything. I so miss the sound of your laughter.

We went to a shop near where we used to live, Pretty Woman, and they were very expert and lovely.
http://www.prettywoman.co.uk

You disapproved of the shop, I remember, because the clothes expressed such a stereotype, and I used to cycle past it most weeks on my way to the supermarket and feel consumed with longing to wear one of the dresses in the window. And at the same time feel so silly and ashamed to want such a hopeless and ridiculous thing.

And how lovely now to be living as a woman and not be troubled by such things and feel myself not especially interested in those dresses for myself at all. Instead just be free to admire how utterly beautiful my lovely daughter looked in the gorgeous dress we all chose together. And free to enjoy the joy and pleasure of doing that.

I found myself feeling like such a proud dad, and such a proud trans parent in the most conventional way you could imagine.

And how ironic, really, that only the week before there were demonstrators picketing my play because they felt I was a threat to the family. Among other things…

We all cried a bit the next day because you were such a wonderful person and even though it’s been ten years we still love you and miss you.

And then that Sunday I was in church for Transgender Day of Remembrance and I read out the names. The names of all of us killed for being who we are.

And it all fits together somehow.

Because I know that in this dark world of fear and of rage birth and marriage and death are all sides of the same coin and that what binds them together is love.

And that, in the end, is what endures.

And so I feel courage through my tears.

To all those who hate Queen Jesus

A LETTER TO THOSE WHO CAME TO PROTEST AGAINST “THE GOSPEL ACCORDING TO JESUS QUEEN OF HEAVEN” BEING SHOWN IN THE OUTBURST QUEER ARTS FESTIVAL, BELFAST, ON 15 NOVEMBER 2015.
AND A LETTER TO FUNDAMENTALISTS EVERYWHERE…

The first thing is to say thank you. Thank you for taking an interest in my play.

One of the major ways our society suppresses dissident artists is by ignoring us. By acting as if we didn’t exist.

I know from bitter experience how hurtful this is. So your action in coming together to register your disgust and try to drown out the sound of my words tells me that maybe I am succeeding in saying something worthwhile.

I know that when I heard there was a chance you were coming to the venue I felt deeply frightened and upset. Just as I’m aware, as I write these words to you now, of the fearful pounding of my heart.

This comes from way in the past when I was still forced to live as a boy.

It was through acting that I first became able to make sense of the deep feelings of alienation and strangeness that had always afflicted me; and understood, inescapably, that I was not a boy and would be so much happier if I could live as a girl.

I was so afraid of this, and so ashamed of it. I knew if I kept on playing girls’ parts everyone would come to know this, and hate me for it.

And then I could no longer act.

That part of my creativity was blocked for forty years.

It’s important you hear this.

Jesus foresaw that many people would come after him to speak in his name. He knew it would be confusing. He advised us to take note of the results of people’s preaching. He said “By their fruits shall you know them”.

The fruits of your preaching are a stunting of human growth and the deepest unhappiness.

Please think about this.

I know your intentions are of the best. You stand for things. It’s admirable. Your banners spoke of “TRADITION. FAMILY. PROPERTY”.

And: “ENOUGH IS ENOUGH. NO MORE BLASPHEMY”.

I wish I could have told you that I care about blasphemy too. It’s strange how much we have in common: we all go to church, we all try to live Christian lives. And we all care about Christianity.

I so want Christianity to stop being an instrument of repression and hatred; and become, instead, a source of love and human liberation.

Jesus tells us to love one another, and I found so much love in the venue. In the very beautiful generosity and warmth and understanding of the audience who came to see my work. In the amazing women from the Outburst Arts Festival who made it happen. In my beautiful colleagues and companions. In the people setting up the venue, and the front of house volunteers. In the courageous and gentle security guards who made me feel so safe.

Love is a difficult word. It stands for so many things. Part of it is people working with care and creativity and consideration. Just doing their jobs.

It made me so happy to be with them.

And you, poor loves, you all looked so miserable.

A transwoman in the audience told me how she’d been brought up Catholic, and it made her so unhappy; and how she then became an evangelical Christian to try to escape her unhappiness. And was standing outside Belfast City Hall demonstrating against LGBT rights when she caught the eye of a gay man demonstrating in favour of them.

That moment of simple human contact completely changed her life. She began the long journey towards self acceptance and love.

Hearing her beautiful voice made me so glad I’d stood on the street for a moment to look at you and try to catch your eyes.

Many of you recognised me and started to take my photograph. I hope now you’ve taken me home with you I am more than an object of hatred.

We tend to hate in others what we hate in ourselves. I think that’s why Jesus tells us to love our neighbour as ourselves.

And I’ve a funny feeling that the loudhailer and the bagpipes that you brought along to try to make it difficult for my words to be heard were also there to try to silence of the voice of your own hearts.

It makes me sad that you’re so full of self loathing and unhappiness.

Please believe me when I tell you that I wish you well.