the berdache in LGBT history month

I performed tonight at the launch of Scottish LGBT History Month.

I was proud to do so.

I wanted to perform a historical poem. I chose my "The Berdache Speaks". Historical because I wrote in the early nineties and because when I performed it in the Traverse bar it was the first time I had come out in public.

Historical because the 'berdache' were historical figures, and I believe still live openly in the present.

'Berdache' is not the term in current use: it was, as the poem shows,  originally a term of abuse. "Two Spirit people" would be the English term, although we also have other more beautiful words:

Not everyone is perhaps aware that the Native American cultures are one of the many world cultures that understand there are more than two genders.

What amazed me was especially the fact that adolescent boys, if they felt deep in their hearts that their identity was not male, were ale to share their identity with the tribe elders; renounce male dress and social roles; dress as women and follow female occupations.

And that they would be accepted and honoured in their community.

I was 18 when I first heard of this. I was working as a nurse in Dingleton Mental Hospita; ,just outside Melrose. I could not say that I knew myself as a transsexual then because it was 1968 and the word was not in common use.

I, for one, had never heard it.

Who I was, as far as I could tell, was unspeakable.

I felt utterly alone. There was no-one I could talk to, and no-one, I was convinced could ever help me. 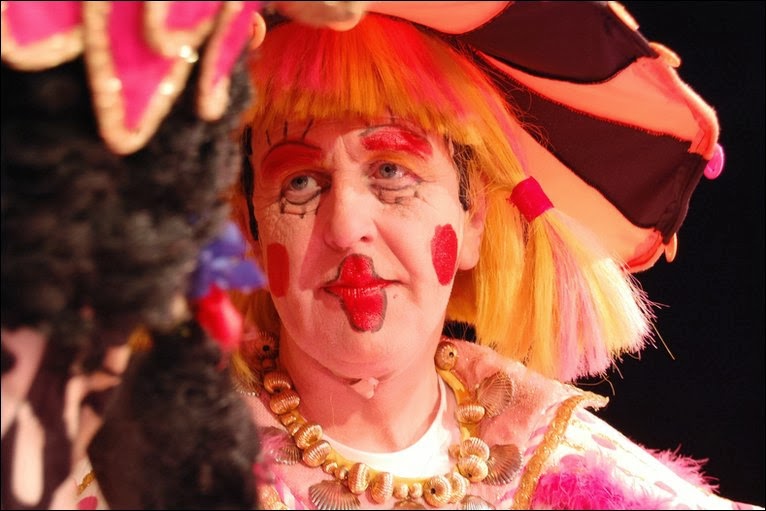 My other source of information was a terrifying film called "Psycho" 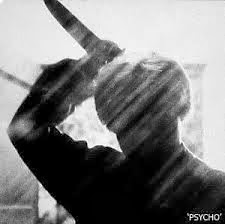 From which I learnt that a man in a dress was unspeakably sick and sad and mad and dangerous.

A well meaning acquaintance lent me Erik Erickson's book, "Childhood and Society", apparently to give me the chance to read and understand Freud's theories on childhood.

Instead I learnt about us, about the two spirit people. I learnt I was not alone; that people like me had lived before me, and lived happily, and that there had been societies in which we were accepted and honoured.

It was my first encounter with LGBT history.

And it save my life.

"So there I was sitting at my loom
weaving.
And this man came in. Distracted me. He was wearing trousers.
(These barbarians have no shame)
Watching me. Muttering under his breath.
Writing in a book.

"An Account of the Manners and Customs of the Native North Americans. Or Redskins.
It must be confessed that in these parts effeminacy and lewdness are carried to the greatest excess. Men are seen to wear the dress of women without a blush. And seen to so debase themselves as to perform those occupations peculiar to that sex. From this follows a corruption of morals past all expression."

He did seem a bit upset.
But I couldn't understand a word he was saying.

"These creatures are termed berdache.
From the French bardache. And the Italian bardascio. And the Spanish bardajo.
Meaning catamite.
The most degraded form of human life."

I was thirteen when my vision came.
my clan were hunters, yet
I could not dispatch the deer felled by the arrow
or the fish writhing on the river bank
my heart would twist with pity and my strength would fail me.
and I knew that on the war path I could never kill a man.
I longed to perform the tasks that women do:
sit at the loom, cast pots and cultivate the earth.
this troubled me.
I implored the spirits for guidance.

"They sit among the women and spin. They wear women's dress and ornaments.
Yet they are clearly men. And they sit and they spin and they have no shame.  To report this strains credulity yet I must. For I have seen it. I have seen it with my eyes. And they have the effrontery to claim this all comes from I know not what principle of religion.
From this it can readily be seen this whole people are irredeemably debased."

The moon came to me
she came dressed in white
she held a bow and arrow in her right hand
in her left a woman's burden strap
one is the path of men
and the other is the woman's.
I understood this, I saw this clearly,
and a voice said: Choose.
my arm reached for the bow, as I'd been taught
but I reached for the burden strap with my heart.
when I looked down to see what I was holding in my hand
I saw it was the burden strap.
I had chosen women's ways
the spirits had approved my choice
and my heart was glad within me.
I went to the elders. I renounced men's clothes.
I wore women's dress and I performed the women's tasks
and my days of hiding were over.

"As Christians these are practices we can only abhor. We can only be grateful in our hearts that the truth has been vouchsafed us. And we can only pray for the strength to disseminate it.
To be sure, the Christian faith has much work to do amongst these dissolute people"

"There is profound gender malfunction here"
- and now the man had a white coat on -
"a chronic confusion of gender roles.
We could offer surgery. Remove the genitals that cause you so much pain.
Give you classes in make up and deportment
Teach you to do your hair in a more becoming style.
So you look a little less conspicuous.
Frankly, just now, you don't look like a woman at all"

Why should I look like a woman? I am not a woman.
"Then learn to be a man"
I am not a man.
I am becoming! I am transformation! I am change!

"No this is all profoundly incorrect.
There is a universal human mind: and mind has to categorise.
There are categories of gender. You must belong to one of them.
You have to choose."

But he would not hear me. He just babbled on.
About binary opposition and correct gender roles.

We were in the badlands then
A day's journey from the waterhole.
I offered to guide him, but he refused.
I had to leave him, in the barren sands,
under the open pitiless sky.

and there I left him.
howling."

Postscript: It was strange to perform the poem again after so many years. I was suprised at how angry it was. And how much it frightened me to perform it. My mouth went completely dry: especially during the speeches of the Missionary. But I got through.
I'm glad and proud I did.