Lou Reed and Peterhead and me


It happened in Peterhead. In a bungalow. Maybe on Foreman drive. It must have been 1972.

I hated going to Peterhead. We both did. We found it grey cold and oppressive, really appropriately dominated by its prsion, and so exposed to the bitter wind.

It was a place where everything of beauty seemed to have been removed.

I hated what it did to Susie. It totally diminished the wild free woman that I loved as she tried to perform the impossible task of being true to herself and yet also somehow true to the utterly different image her parents had of her. 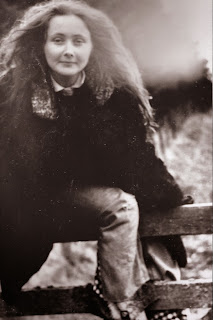 So we slept in seperate rooms in meanly proportioned single beds and we found ourselves trying not to hold hands in public. The fear was that the small minded gossips that infested the place would see us and report back and cause a scandal in the atrociously repressive Christian sect to which her parents belonged.

In the end, too, these were good-hearted kind people and I hated deceiving them.

The bungalow was a haven from all this. One of Susie’s school friends lived there and a whole gang of them were having a reunion. I felt almost like a honorary female among these gorgeous young women, and maybe we were even smoking a joint.

There was that whiff of freedom in the air, I remember, and someone put this LP on the record player. Something completely unknown: Lou Reed’s “Transformer”.

And they put the needle down on one particularl track, maybe because it was about New York and Susie had by then spent a while living there:

“Candy left her home in F L A
Hitchhiked his way across the USA
Plucked her eyebrows and he became she
And said, Hey babe
Take a walk on the wild side...”

This had never happened to me before. I’d never heard myself in a song.

Still less heard myself and the longings of my deep heart as being somehow admirable and good.

In all of my life up to then I’d never seen myself portrayed as anything other than evil or ridiculous or grotesque.

“And the coloured girls sing do be do be do...”

And they did, and the sax kicked in, and it was just perfect, and I had this amazing intoxicating glimpse of a different way of being.

A free way of being.

And that’s what art needs to do. Especially now, when the catastrophic failures of our economic, political, social, spiritual and pyschosexual systems are becoming so apparent, and there is so much pressure to pretend there is no other way to live.

“Theatre is about conflict” they tell us. Well, in one model so it is. Capitalist theatre.

In capitalist theatre people are alone and miserable and hurt each other a lot.

And in the post capitalist theatre I keep on and on trying to create things have to be different.

And thank you, dear Lou Reed. It is true it's all a wee bit more complicated than shaving your eyebrows, and it has taken a bit more than twenty years...

But thank you just the same. Thank you for rescuing me that dark cold Peterhead night.

Thank you for opening my eyes....

Jo, how wonderful to see Susie again after all these years. The picture made me smile and remember her fondly x