An apparent shortage of words

I remember I once had a terrible dream.

It was a dream of an international air shortage.

I was standing by the bank of the river, and there on the dry land was a whole crowd of people writhing and gasping like fish do when taken out of water.

It was horrible to see, and distressed me as intensely as the sight of fish writhing and drowning did when I was a child.

And then I woke up and found it was true. I was lying in bed, gasping for breath, and there really did not seem to be enough air in the world.

It was at the time when I was suffering from heart disease, and after a oment I understood what the trouble was. I needed to sleep sitting up, and had fallen down the pillows.

And that was why I was suffocating.

This came to me tonight as I was reflecting on the fact that I seem to have stopped writing.

After years and years when it seemed like an iron rule of necessity that I write something each day to feel the day had been worthwhile. Or that I had the right to live in it.

Yet it's been almost a month & I have written nothing. And do not seem to be suffering unduly.

Am I simply tired, I wonder, or is it there is somehow a lessening of the air of common discourse.

A kind ofpsychic equivalent of the excessive carbon dioxide we continue so blindly, so foolishly and so willfully to pump into the atmosphere.

There seems so much hatred. So much unwillingness to find common ground. So little willingness to listen. To try to understand. To empathise.

I probably over-dramatise. After all, it's my job. (Or used to be).

But I can't help wondering why the only things I have cared to publish lately have been photographs of flowers...

Even when they're dying. As if I need to hold onto the reality of natural things.... 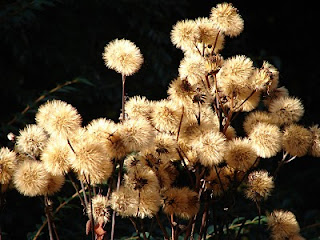