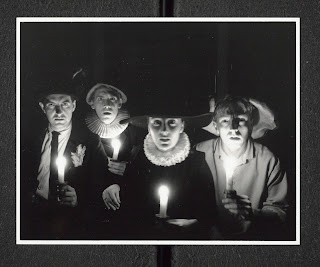 It was out of the blue I heard there was to be a reading of my “Losing Venice” at the Pleasance this morning.

It was directed, really intelligently and skillfully, by Hannah Eidinow (http://www.theagency.co.uk/clients/clientdisplay.html?viewListing=OTk3) with a lovely cast.

Something about the unexpectedness of it, about the fact it was being directed and performed by strangers, gave the whole play a quality that made it separate from me. Almost as if I was  hearing and understanding it for very the first time.

There were such problems in its first rehearsals, way back then (in 1985) and it was the first production I’d had of an original play. SoI was very vulnerable to the idea that all the problems were my fault, and were happening because the play was just so very bad.

I could see today with the utmost clarity that it wasn’t because the play was bad. But bcause it was different.

Because it was poetic in the way Lorca’s plays were poetic, and no-one really knew then how to perform such a play and somehow hardly anyone has known how to read it since.

The play was briefly on the Higer drama syllabus, and a teacher once told me that they never used it. Because it was difficult to frame exam questions on it.

Which I took to be a compliment. But which indicates how foreign it still is, somehow, to our culture.

One passage especially struck me:

QUEVEDO The world is mad.  Madness incarnate.  Total chaos.Or so it seems.  But underneath is the web.Pablo, I’ve seen the light.The light of the world.The web, the wondrous web.Everything, Pablo.  Everything is inter-connected.Everything.Even the most disparate of objects,the most hopelessly contrasting events…all connect.  They all connect.

This was before the time of computers, that strange and distant age, and I can remember typing the play with a typewriter; the world wide web didn’t exist, except in someone’s mind, perhaps, and I think it would be fanciful for me to suggest I foresaw the technology then that is enabling you now to read these words.

But something was in the air, that’s for sure:

maybe the possibility of a collective understanding of that truth that this technology is the image of.

Because we do connect, we do live in the web: and the next evolutionary step forward will come when we truly, and deeply understand this.

And devise still more of the institutions and technologies that express it.